The life of a movie star might look all glam and easy until you
learn from the horse’s mouth. As we have learned, It takes a lot
of effort, sacrifice and hard work, sometimes to such an extent
that they injure themselves and almost quit a movie all together.

But it’s the dedication that makes them stay put and eventually it all pays up and those
legendary scenes are applauded with enthusiasm. We have compiled some of the
toughest moments in the careers of popular Hollywood stars.

#1 The Revenant: The things Leonardo DiCaprio went through to win an Oscar 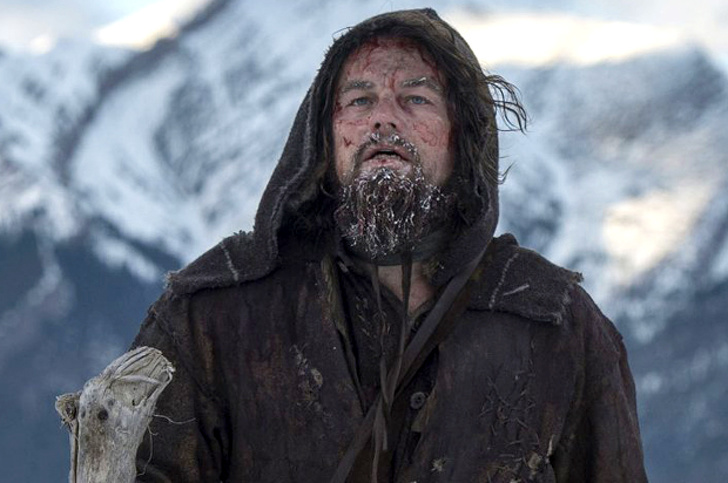 Leonardo Di Caprio has openly admitted that his character in The Revenant has been his most
challenging performance ever. The star is a proud vegan but at some point, the script required him
to eat a raw bison liver on screen in order to survive.

#2 The Fast and the Furious: Michelle Rodriguez and the unwanted love triangle 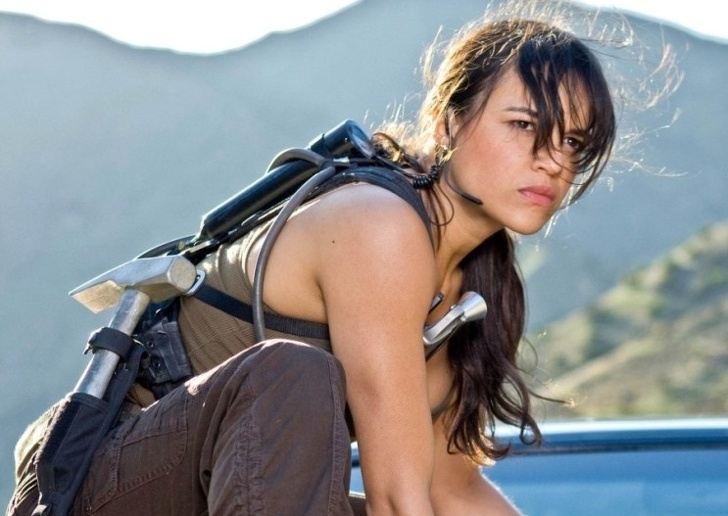 After Rodriguez read the script, she became infuriated about her character, Letty Ortiz, who was
supposed to betray Dom for Brian. She believed that such an alpha woman would never leave
an alpha man for a pretty boy. She felt that the scriptwriter had not done justice to her role and
was even ready to call it quits.
Fortunately, the director changed the script and introduced Dom’s sister, Mia.

#3 Star Wars: The Force Awakens: Where Ridley chose to awaken her Force instead 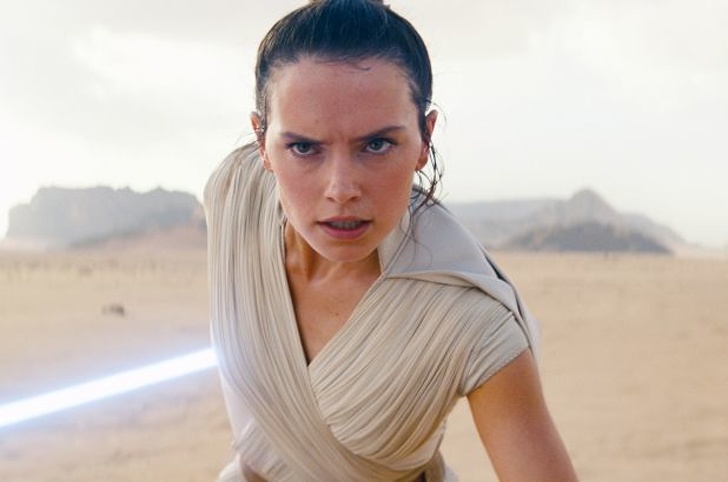 Daisy Ridley had a panic attack on the very first day of shooting Star Wars: The Force Awakens
and surprisingly, the director, J.J Abrams noted it and even left her a note that will forever be etched
in her memory.

He described Ridley as “wooden.” The actress was already struggling to fight her way
through the jitters, to the point that she almost left the franchise, but
eventually, she got through the stage fright and continued shooting. 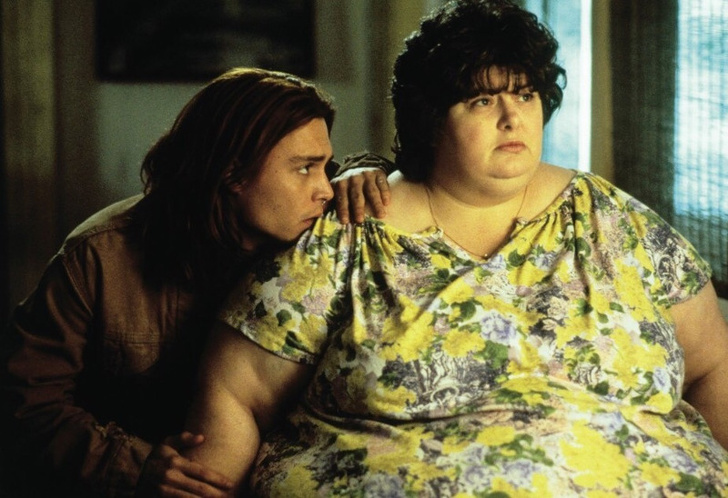 Johnny Depp had a really hard time working on this movie because the storyline
closely resembled his personal experience at the time. He was a heavy drinker at the time,

coupled with some creative tension between him and the director was slowly eating into him.
Depp was particularly upset with the way Gilbert was so cruel to his mother that he had to call the actress
“a beached whale.”
He even called her up to apologize afterward. 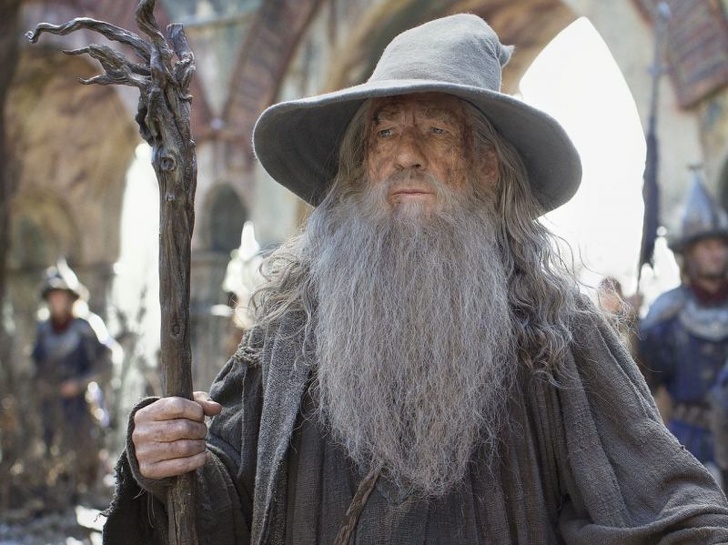 In the movie, Ian McKellen had to consistently act alone on the green screen.
It got so lonely that he ended up having a breakdown.
However, Director Peter Jackson was quick to jump in and made sure help was around.
The crew organized a “Gandalf Appreciation Day,” to make him stay and they decorated his
tent with Lord of the Rings souvenirs.

#6 The Godfather: An offer Al Pacino would have easily refused 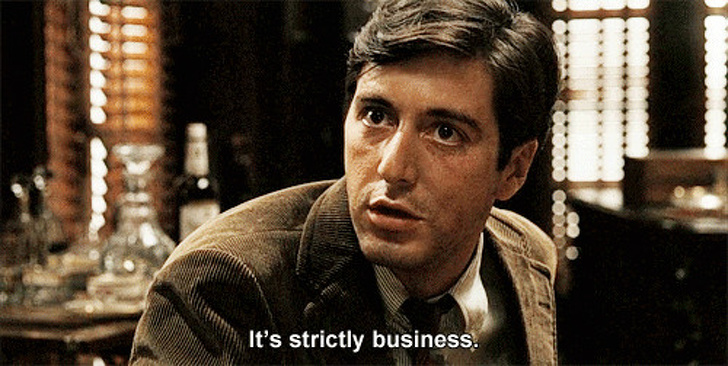 Al Pacino was nominated for Best Actor in a Supporting
Role and Best Actor for its sequel. But at the time of its shooting, the directors
had a totally different thing going on. While on set, Al Pacino could
really feel their resistance from them. They were so critical of him
that he nearly called it quits. But director Francis Ford Coppola
stepped up, supported him, and told the producers to back off.

#7 How the Grinch Stole Christmas: How the military saved Jim Carrey 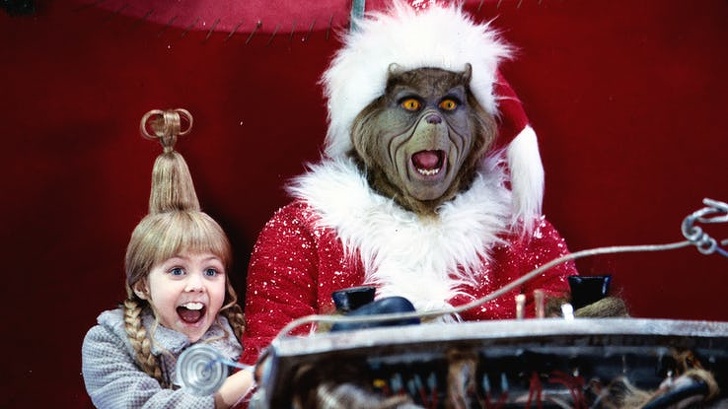 The makeup sessions for
the movie were so strenuous that some sessions even lasting  3 and a half hours a day. This
prolonged sitting eventually felt like torture for Jim Carrey. He also had
to put those green, Frisbee-like eye lenses on with it. It got
so bad that Carrey was ready to throw in the towel until producer Brian
Grazer called up his CIA trainer friend and told him to spend
a weekend with Carrey. He then resumed the shoot for the movie. 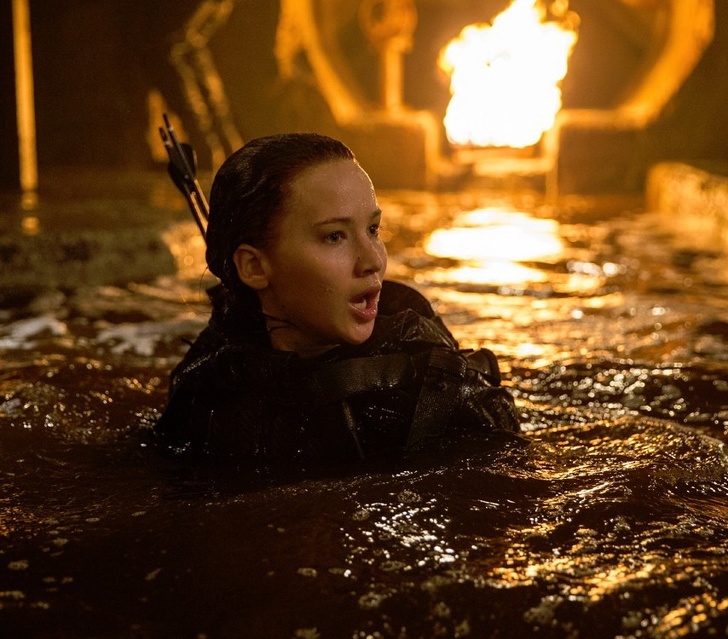 It took 3 weeks to film the sewer scene and what made it worse was the 20-pound
costume the actors had to don. The high sewer temperatures were also
so excruciating, that it almost made Lawrence quit. 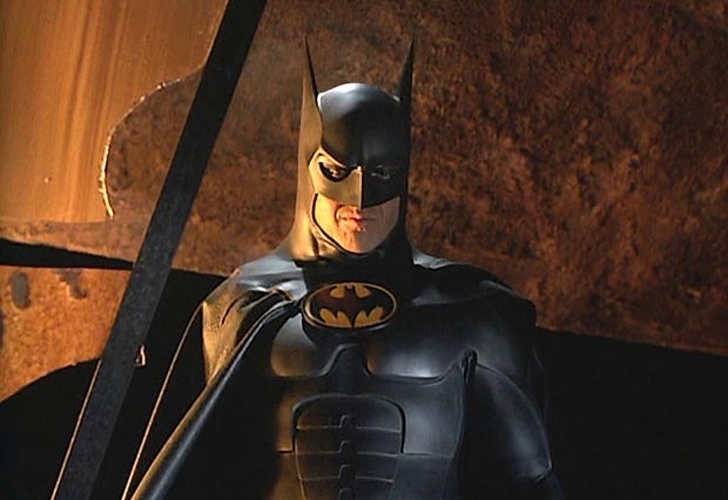 Nowadays, superhero costumes are highly customized to allow them to fit the actors and
be comfortably worn throughout the shoot. But Keaton’s costume was
so constricting that it made him claustrophobic and the shooting
almost came to a quick stop. Despite that, he overcame his fears
and still managed to deliver an amazing performance in this
legendary role. 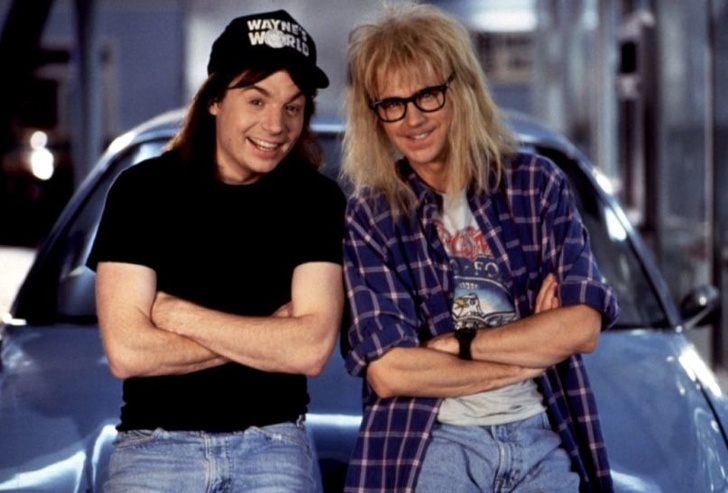 Mike Myers himself wrote the screenplay of the movie and was super excited about the scene where
he headbangs with the boys to Queen’s “Bohemian Rhapsody.”
But the studio didn’t want this song and thought of finding a cheaper replacement, say a Guns n’ Roses song.

Myers protested and threatened to quit if his song got replaced. He believed that the song was critical.
The studio gave in and kept both. 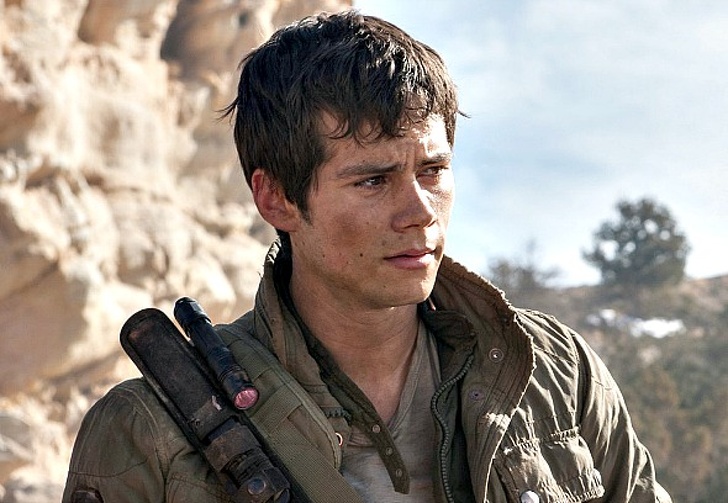 While Dylan was filming the movie, he got into a terrible accident that resulted in multiple bone
fractures, lacerations, and a concussion. This delayed the production
of the movie for a very long time and it was eventually released
in 2018. Dylan insisted on continuing acting after the accident and
he managed to finish filming the movie after he was cured.

#12 The Shining: Shelley Duvall had it rough. 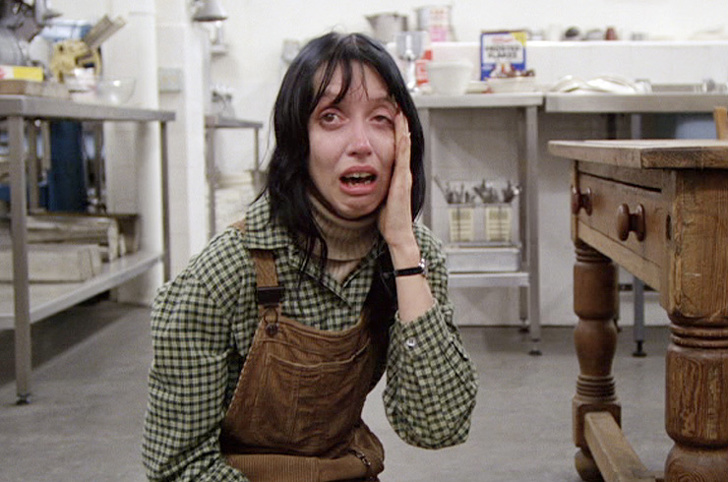 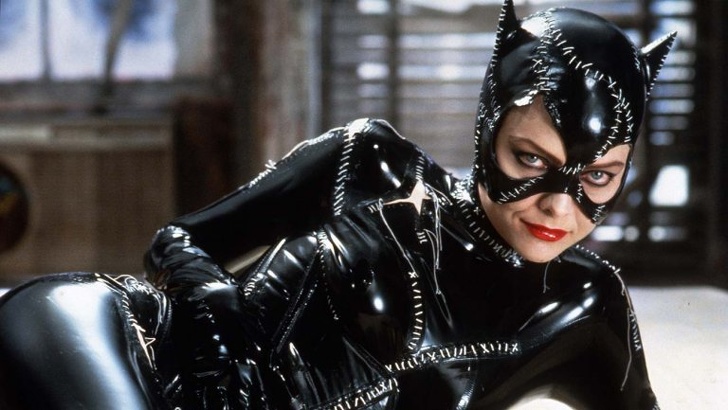 Catwoman’s costume was made of latex and Michelle admitted that putting her outfit on was
some extra work. It took hours and tons of baby powder to prevent
it from sticking to her skin when she took it off. Because
of this, bathroom breaks were impossible once she was in the costume.
It was also hard for her to breathe in it, which caused her
to faint multiple times.

#14 The Reunion: Seems like John Cena has some fears too. 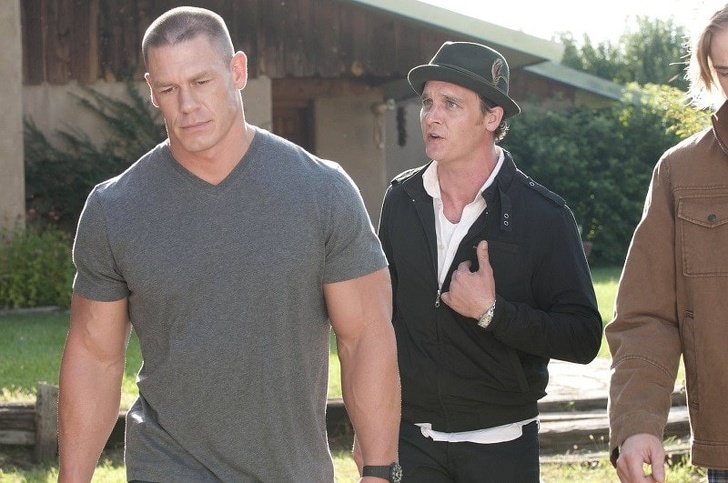 This movie called for John Cena to perform a lot of stunts that he agreed to save for one.
It was a scene that required him to do a helicopter
stunt, which was challenging since he is afraid of heights. But eventually,
Cena performed the stunt — he hated it, but he did
it anyway. 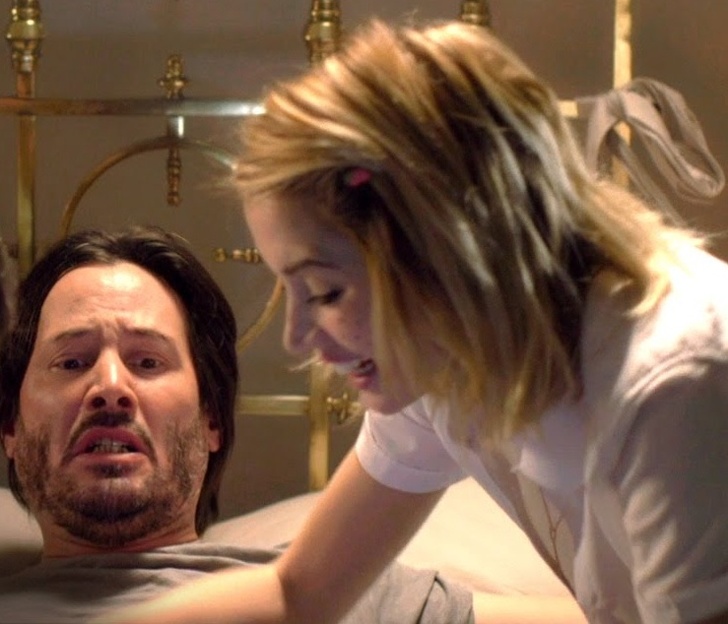 This movie had an intimate scene that involved the director’s wife, Lorenza Izzo, which
made it very awkward for the lead actor Reeves. Nonetheless, he kept
things super professional and the director, Eli Roth, also made things easy for
everyone by trusting the cast. 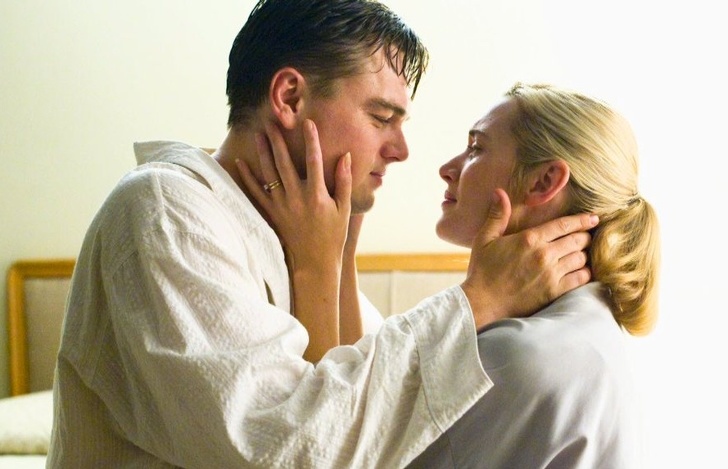 Sam Mendes, was the
director of the movie, and there was a strange awkwardness when Kate had
to kiss another man in his presence. But both Leo and Sam seemed the least
bothered. Kate later explained that it was her own fears that held her
back, but the scene was a success and she ended up winning the Golden
Globe for best actress.

12 Behind-The-Scenes Pictures Show Another Side Of Famous Movies